Tuesday, 18 February 2020
Home selected
News ID: ۹
With a total combined donation amount of $106.8 billion, these 20 individuals are the top philanthropists in the world

The 20 most generous people in the world

Pioneering American philanthropist Andrew Carnegie once set the standard for giving back: "No man can become rich without himself enriching others," he said. "The man who dies rich dies disgraced."

Afarineshebartar-Pioneering American philanthropist Andrew Carnegie once set the standard for giving back: "No man can become rich without himself enriching others," he said. "The man who dies rich dies disgraced."

Scores of the world's wealthiest people have taken to his philosophy, donating their riches to hundreds of causes.

We worked with Wealth-X, a firm that does research and valuations on ultra-high net worth individuals, to compile a list of the 20 most generous people in the world, ranked by total charitable giving to date.

Since you need to have a lot to give a lot, Wealth-X also determined each person's Generosity Index, which is the ratio of their lifetime donations to their current net worth. Some people, like retail magnate Chuck Feeney, known as the "James Bond of philanthropy," have indices over 100% because they have given away more money than they currently have.

With a total combined donation amount of $106.8 billion, these 20 individuals are the top philanthropists in the world. 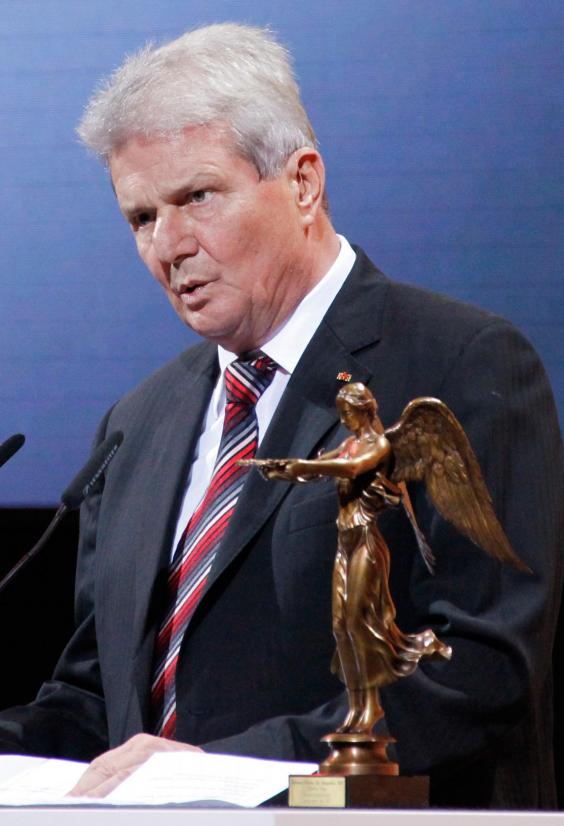 German IT entrepreneur Dietmar Hopp is the cofounder and former chairman and CEO of SAP, a multinational company that provides application and analytics software and software-related services for enterprises worldwide.

Twenty years ago, Hopp established Dietmar Hopp Stiftung, a foundation that supports local education, sports, and health causes in his hometown in Germany, including the Heidelberg Institute for Stem Cell Technology and Experimental Medicine (HI-STEM), University Hospital Heidelberg, and the Nathalie Todenhofer Foundation. 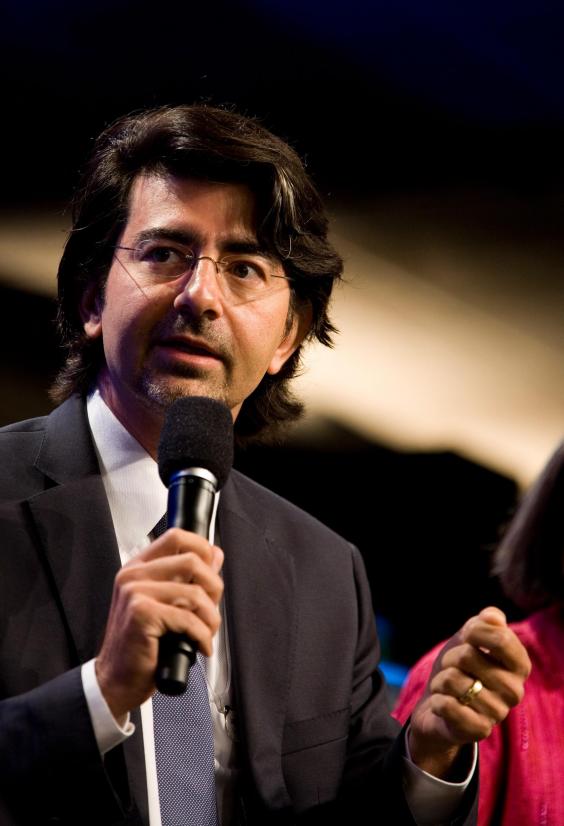 In 1998, he and his wife, Pamela, established the Omidyar Foundation, an organization that now includes Omidyar Network, HopeLab, Humanity United, and Ulupono Initiative. The organization donates to a diverse range of causes, including entrepreneurship, human rights, food and energy, and games and technology. In 2012, Omidyar and his wife joined the Giving Pledge initiative started by Warren Buffett and Bill Gates, promising to donate most of their wealth to charities.

In August 2015, Omidyar reportedly sold 10% of his shares in eBay to undisclosed charities — a stock gift valued at nearly $270 million. 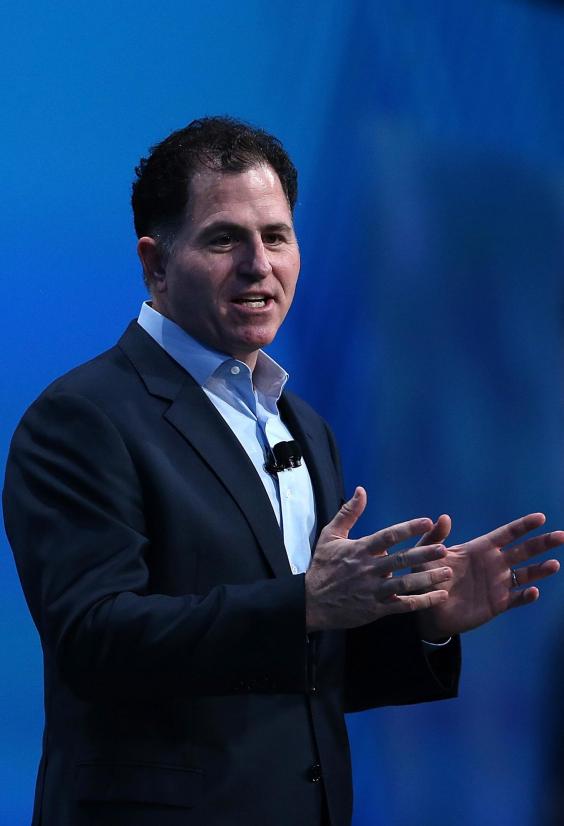 Michael Dell is the chairman and CEO of Dell computer company. Since 1999, he's been the director of the Michael and Susan Dell Foundation, which gives primarily to education, social and human services, arts and culture, and community-development causes.

Earlier this year, the foundation pledged to donate $25 million to fund the construction of a new teaching hospital in Austin, Texas. 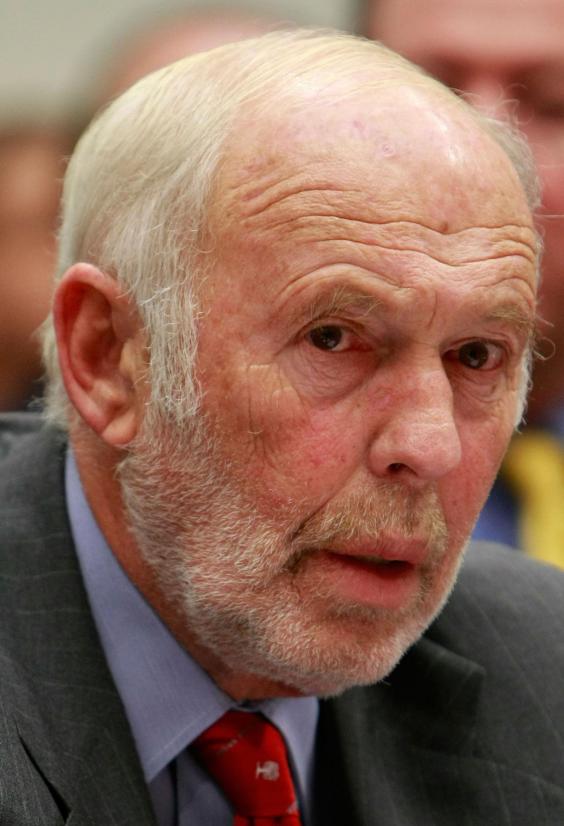 James Simons is chairman of investment-management company Renaissance Technologies, one of the largest and most successful hedge fund companies in the world with $65 billion in assets. Simons served as the company's CEO until retiring in 2009.

Simons has also donated $30 million to autism research and has pledged to donate $100 million more. 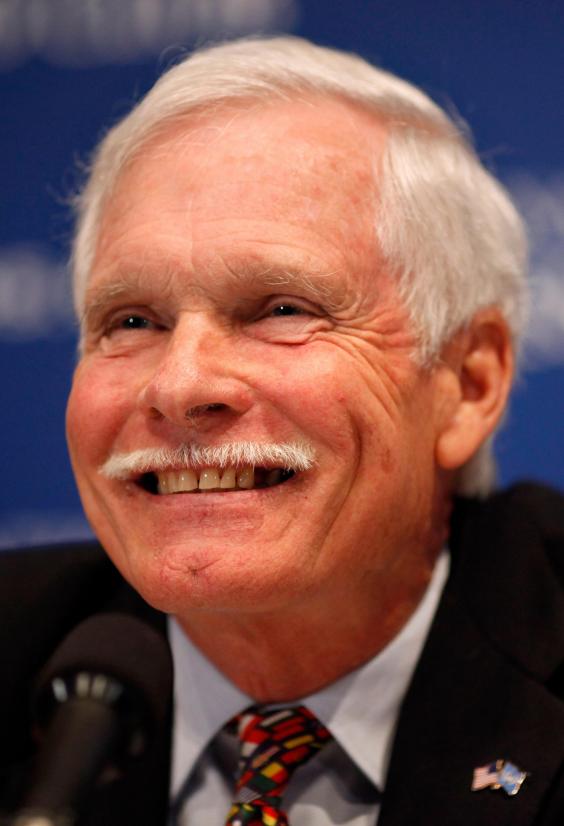 Turner also serves as trustee of the Turner Global Foundation and chairman of the Turner Foundation, which both donate to community development and environmental and wildlife conservation causes.

The UN Foundation is also a chief recipient of Turner's donations. In 1997 he pledged $1 billion to the foundation, which promotes causes related to women and population, children's health, environment, world peace, and security. 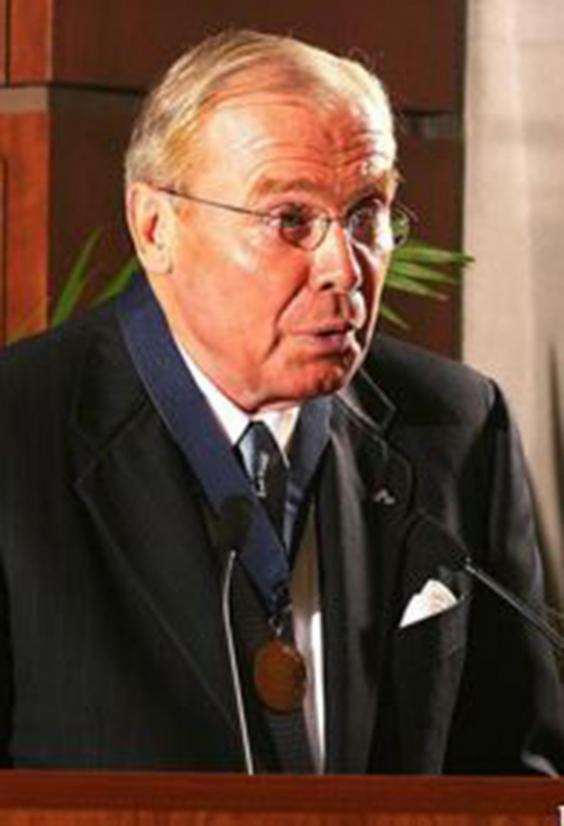 Jon Huntsman Sr. is the founder and executive chairman of Huntsman Corporation, a chemical product manufacturer.

Huntsman has reportedly survived prostate and mouth cancer and, as a result, established the Huntsman Cancer Institute at the University of Utah. Many of his charitable donations have been to colleges and cancer-research centers. He and his wife also agreed to join Buffett's Giving Pledge, promising to donate 50% of their wealth. 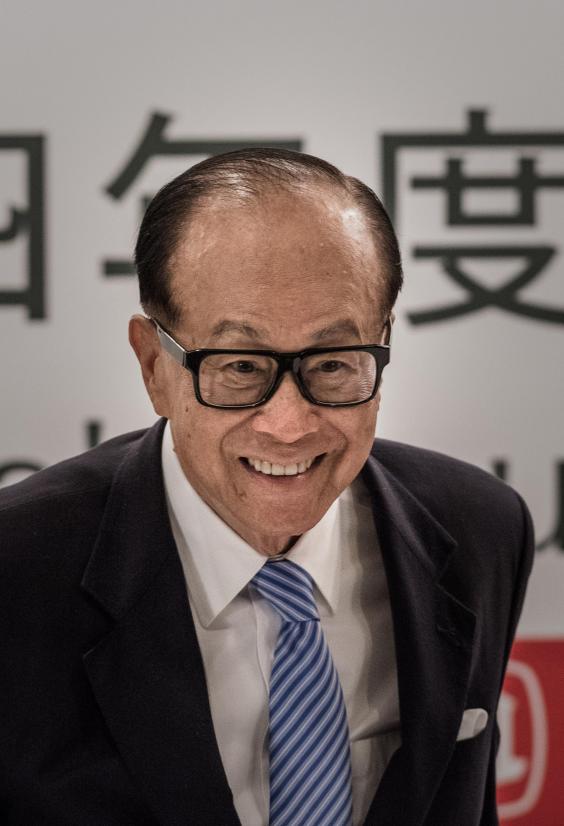 Li Ka-shing is a global investor in disruptive technology and one of the richest men in Asia.

In 1980, he established the Li Ka-shing Foundation to support education, healthcare, culture, and community-related causes. The foundation's biggest project to date was funding Shantou University, the only privately funded public university in China. Li has also made personal donations to the China Foundation for Disabled Persons and flood-victim relief in China. 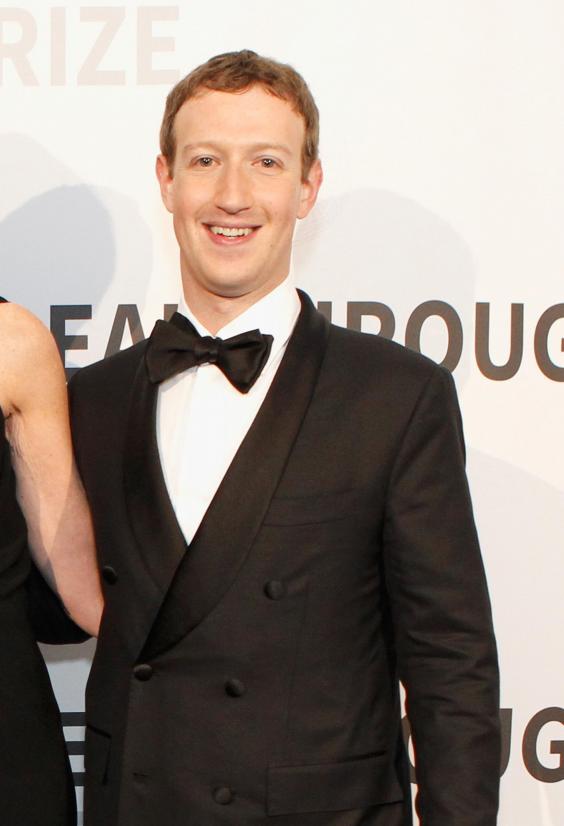 Facebook founder and CEO Mark Zuckerberg is one of the youngest self-made billionaires in the world. The social-media mogul has signed the Giving Pledge and promises to donate at least half of his wealth in his lifetime.

They're also focused on education: The pair gave $120 million to improve Bay Area schools, and before that, donated $100 million worth of Facebook shares to a New Jersey public-school system. 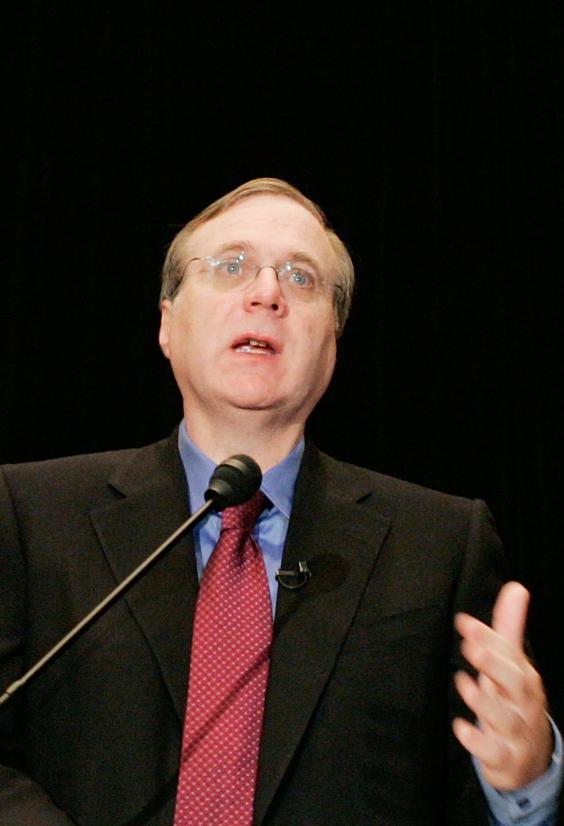 Paul Allen, cofounder of Microsoft, now serves as the chairman of Vulcan, his private-investment company.

As chairman of the Paul G. Allen Family Foundation, he's given millions to global-health causes, including $5 million to Seattle BioMed, $4 million to Global FinPrint, a conservation project focused on the preservation of sharks worldwide, and $7 million in grants to Alzheimer's research. 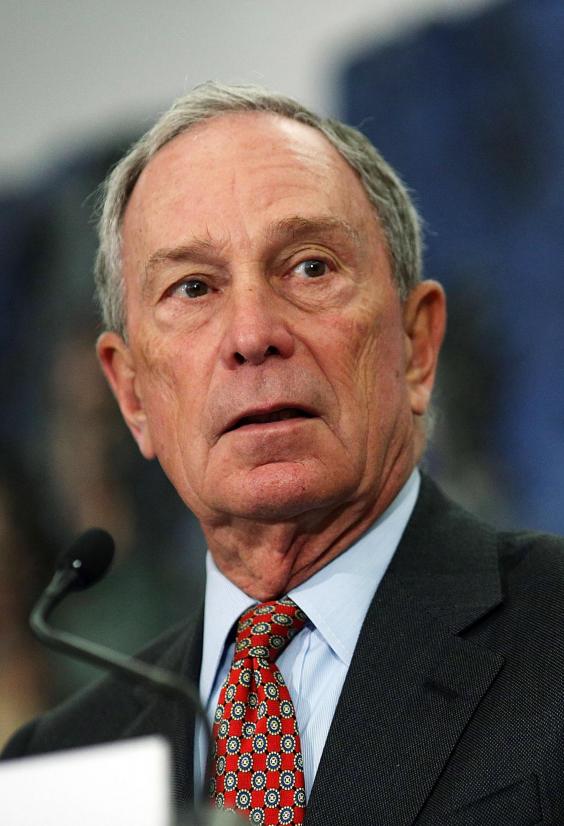 Most recently, Bloomberg launched a $42 million "What Works Cities" initiative aimed at helping 100 mid-sized cities to make better use of data and evidence through his philanthropic arm, Bloomberg Philanthropies. 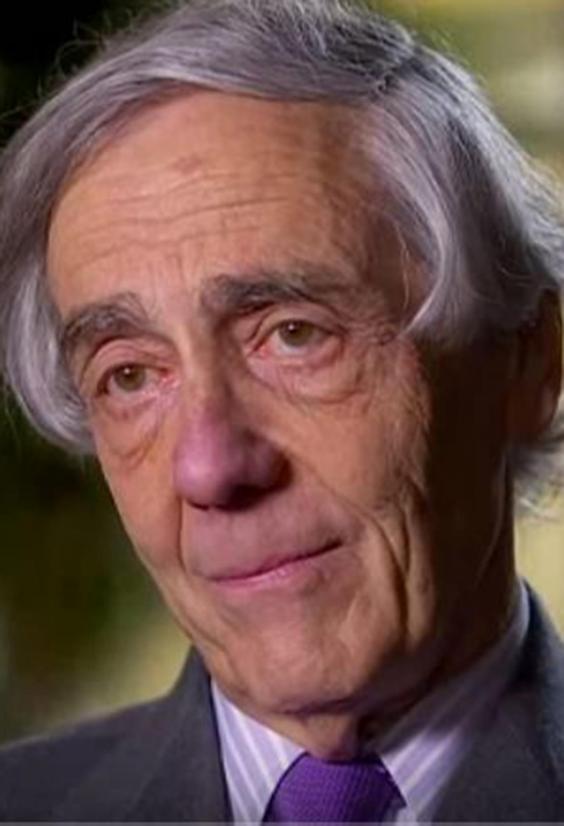 In 2010, Kaiser joined the Giving Pledge, vowing to donate half of his fortune to charity. 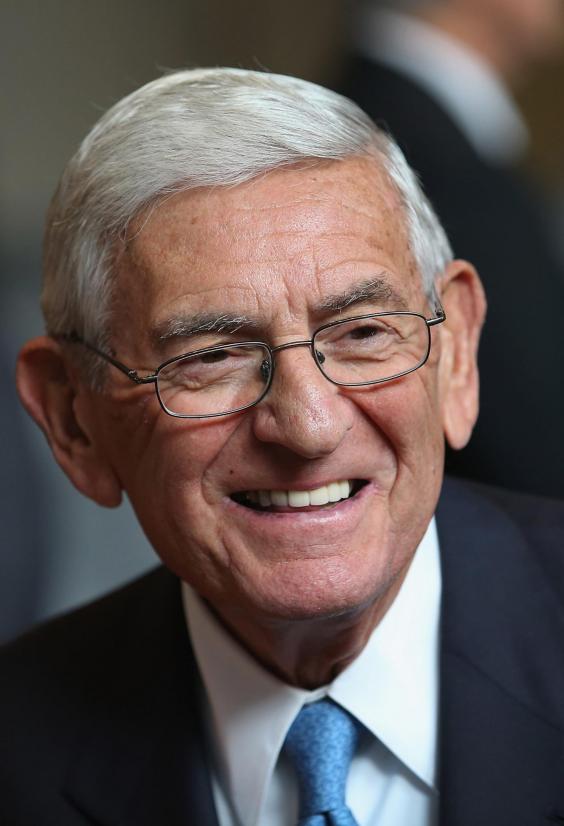 The organization operates as two entities,The Eli and Edythe Broad Foundation and The Broad Art Foundation, both of which aim to improve communities and advance entrepreneurship.

A resident of California, Broad gives back to his home state — and the arts — through donations to the Museum of Contemporary Art, Los Angeles and the Los Angeles County Museum of Art. 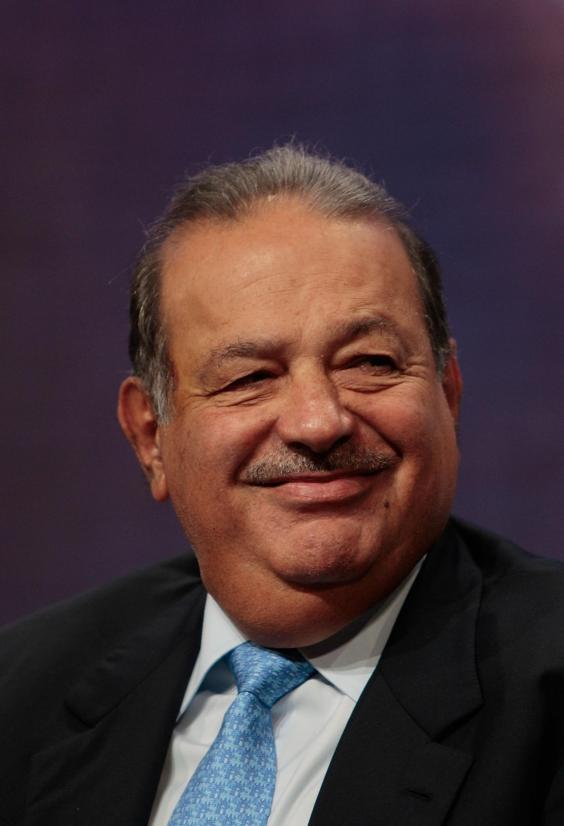 One of the richest self-made billionaires in the world and the chairman of Grupo Carso, Carlos Slim Helú's primary philanthropic efforts occur through his Fundación Carlos Slim Helú.

The foundation has invested $100 million in the World Wildlife Fund toward efforts to conserve Mexico's natural environment, and in 2012, it gave $3 million to help provide internet to Latino families living in the US, in addition to many other donations to international organizations.

Slim Helú also serves as chairman of the Telmex Foundation, which strives to improve the quality of life in Mexico, his home country. 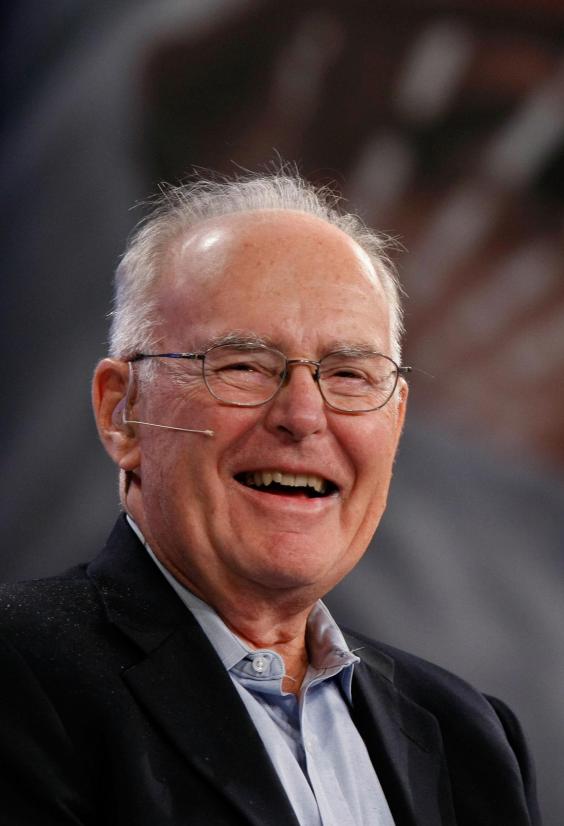 Gordon Moore cofounded Intel in 1968, but these days he is focused on philanthropy. He retired from his corporate positions in 2006, and currently runs the Gordon and Betty Moore Foundation with his wife.

The foundation aims to make an impact in environmental conservation, patient care, science, and the San Francisco community, and has wide-spanning programs that include everything from the Marine Conservation Initiative to the Thirty Meter Telescope. 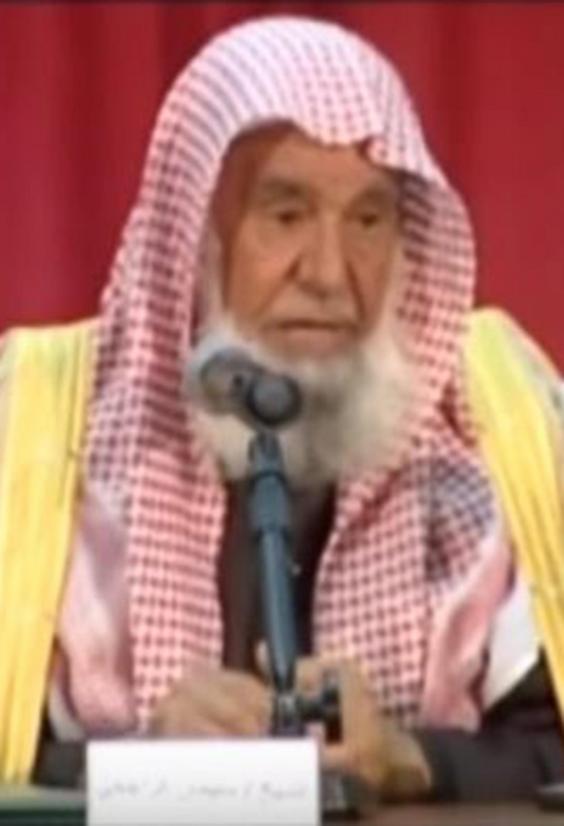 Back in 1957, Sulaiman bin Abdul Aziz Al Rajhi cofounded Al Rajhi Bank with his three brothers. It grew into one of the world's largest Islamic banks and earned Al Rajhi a 10-digit net worth.

But in 2013, he shifted his focus toward philanthropy and endowed his holdings in the bank to Sulaiman bin Abdul Aziz Al Rajhi Endowments Holding Company, which supports educational, religious, health, and social causes, including the Arab Institute for Arabic Language, National Guard Health Affairs, and the Sheikh Sulaiman bin Abdul Aziz Al Rajhi Mosque in Riyadh, Saudi Arabia. 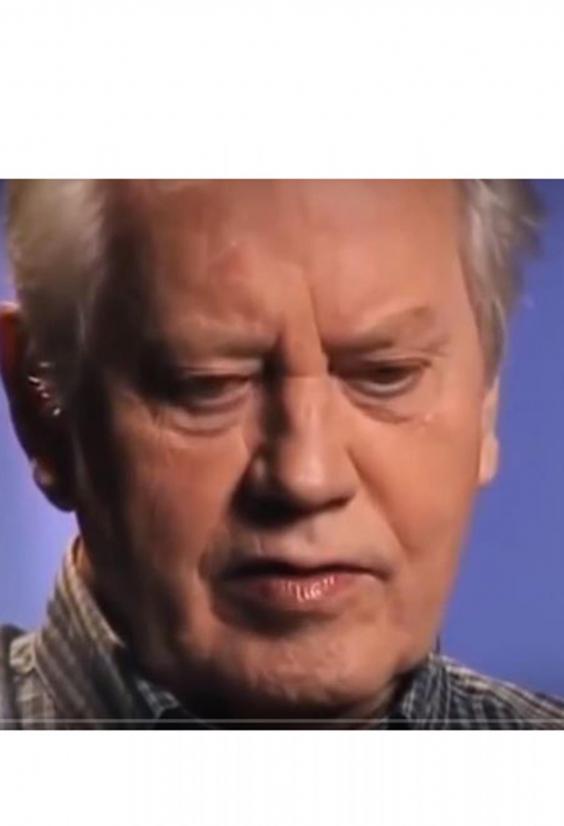 Known as the "James Bond of philanthropy," retail magnate Chuck Feeney is on a mission to give away his entire fortune — and with his current net worth down to $1.5 million, it seems he's succeeded.

The Atlantic Philanthropies, Feeney's foundation, supports education, science, healthcare, and civil-rights causes across several countries, including the US, Vietnam, and Bermuda. 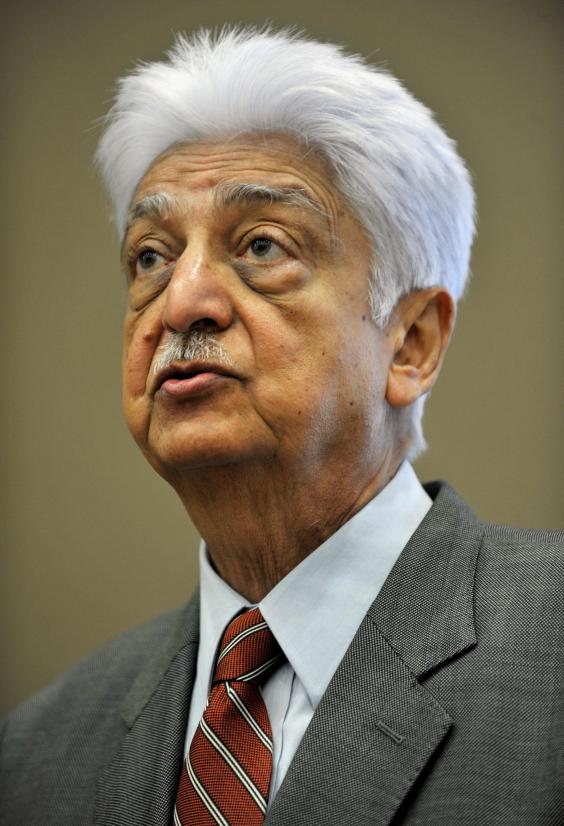 In addition to serving as the chairman of Indian consulting and IT company Wipro, Azim Premji is the founder and chairman of the Azim Premji Foundation, which works to reform India's school and examination systems.

The organization operates through Premji's earmarked Wipro stock, and has introduced initiatives such as the Computer Aided Learning program, which provides computer training in 18 languages, and Azim Premji University, a nonprofit university that awards degrees in teacher training. 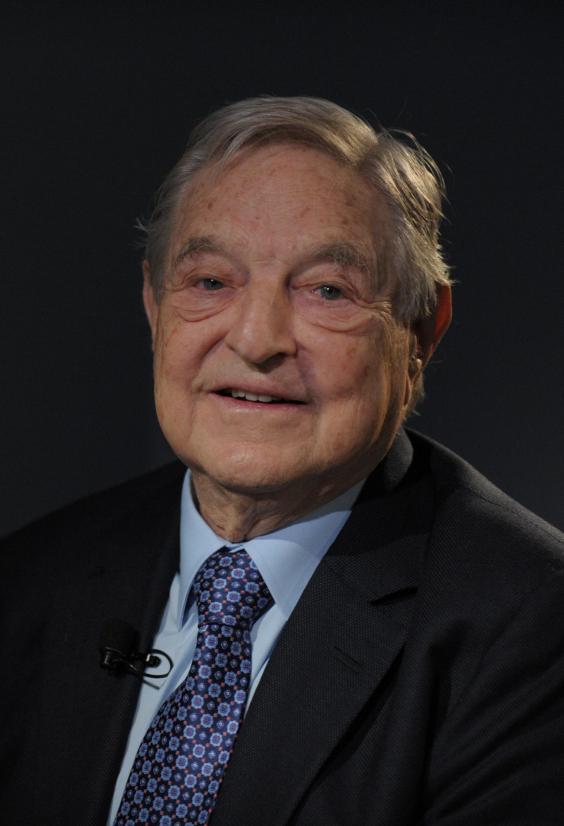 George Soros, the retired founder of Soros Fund Management, currently serves as the chairman of the Open Society Foundations, a network of foundations he founded in 1979, which primarily donate to international causes, community development, social services, health, and education.

Open Society is best known for its focus on human rights. Soros' first act with the organization involved providing scholarships to black South Africans under apartheid. 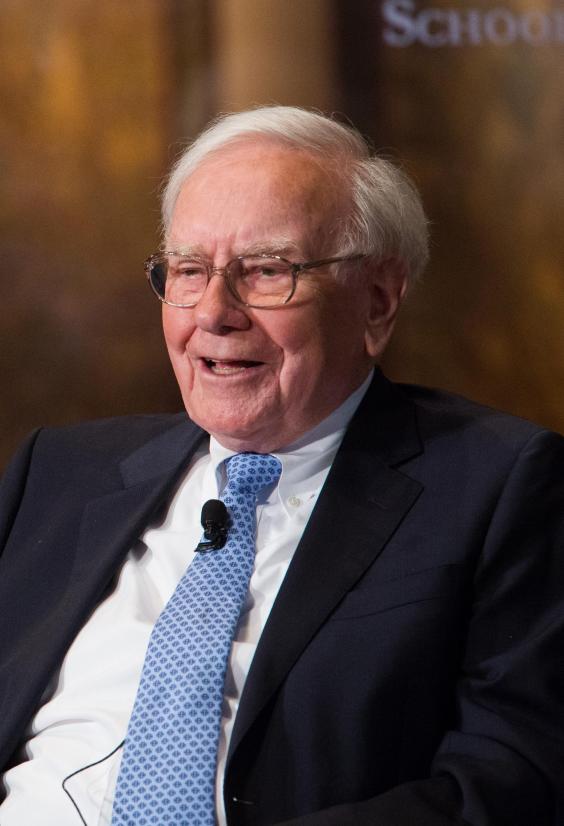 The chairman and CEO of holding company Berkshire Hathaway, Warren Buffett is not only one of the wealthiest people in the world, he's also one of the most charitable.

In 2006, Buffett vowed to donate 85% of his wealth to the Bill & Melinda Gates Foundation, as well as other foundations set up by family members.

And in 2011, the Oracle of Omaha partnered with Gates in creating the Giving Pledge, a program that commits wealthy individuals to donating a large percentage of their wealth to charitable causes. 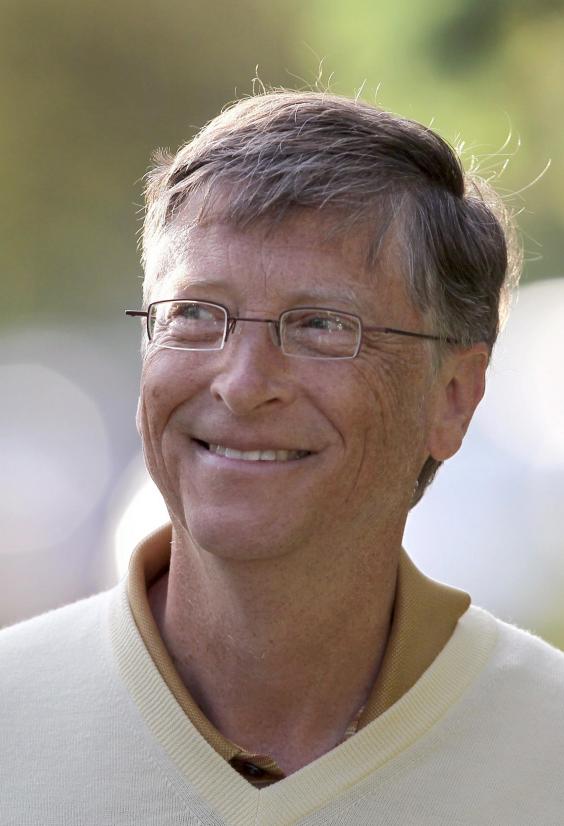 While he is best known as the cofounder of Microsoft, Bill Gates now focuses most of his time on philanthropy, running the Bill & Melinda Gates Foundation alongside his wife.

Since its inception, the foundation has donated millions to organizations that include the GAVI Alliance; the World Health Organization; The Rotary Foundation; The Global Fund to Fight AIDS, Tuberculosis, and Malaria; and UN